Lonely Planet and other travel guides recommend atraveo
Dear customers,
Due to a very high number of e-mails we are currently only reachable by phone to a limited extent. You can reach our customer service at +49 211 668878130 Monday to Friday between 10:00 and 12:00 (CET) and between 14:00 und 16:00 (CET).
Further information and answers to frequently asked questions can be found here.
Back to search/result list
Property no. 1581764

Presently this holiday rental is not on offer for booking. Instead look for alternatives in Pesaro, on the Italian Adriatic Coast or in Italy. 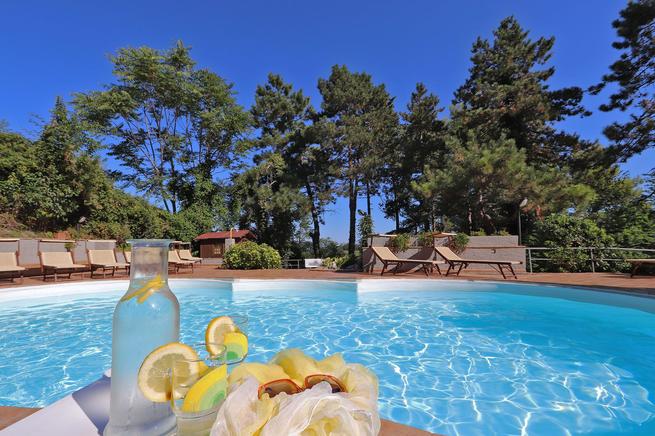 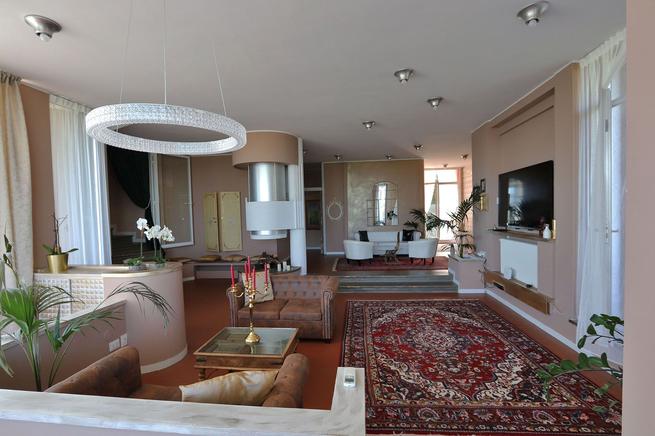 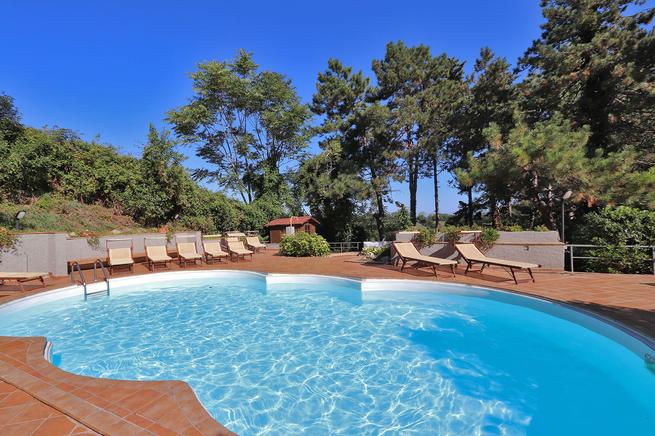 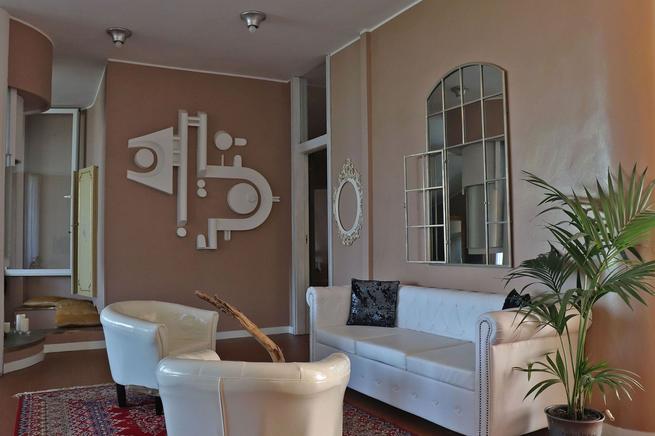 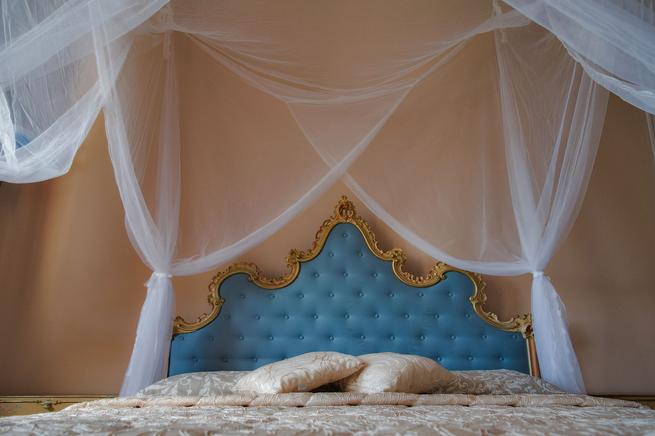 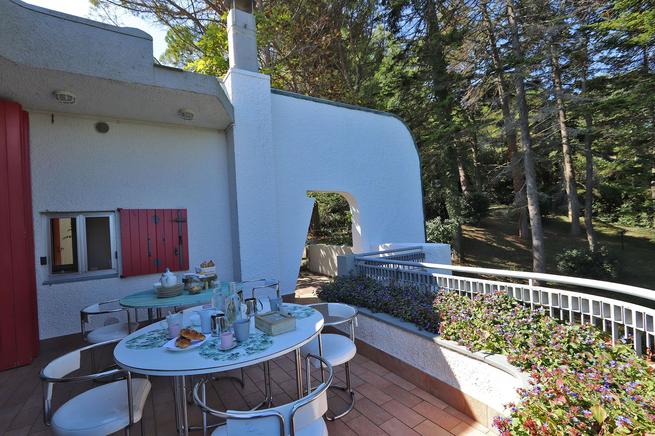 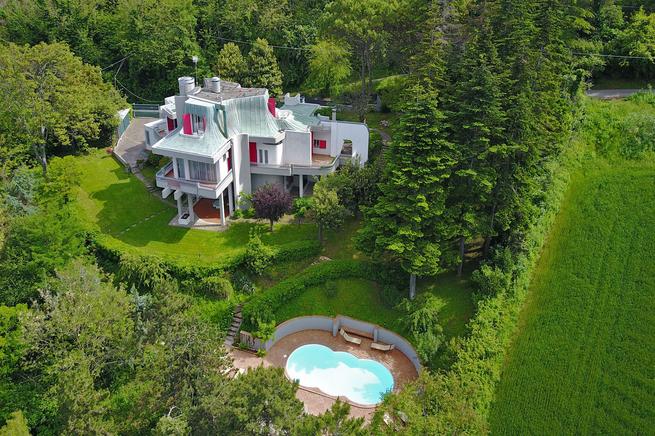 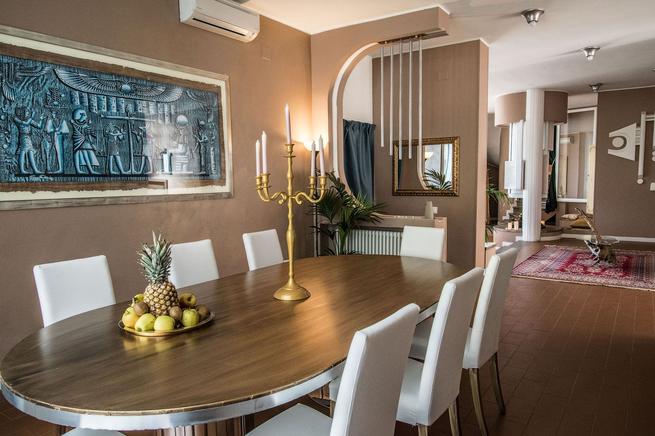 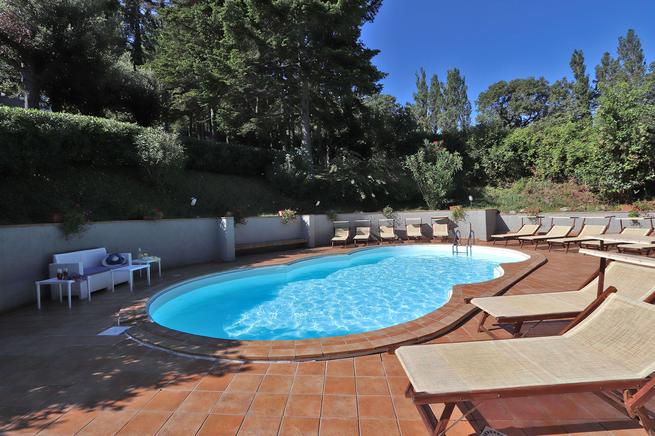 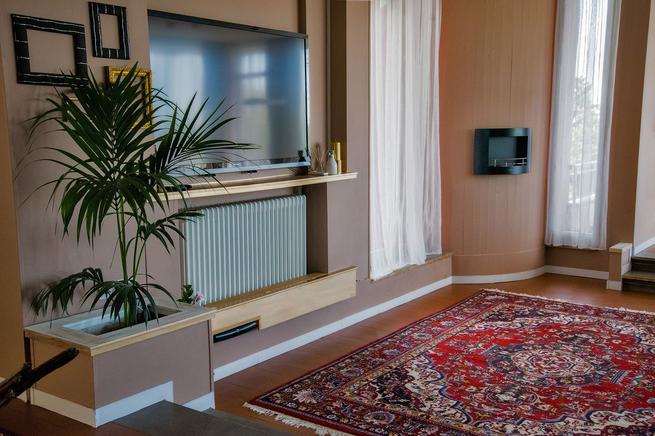 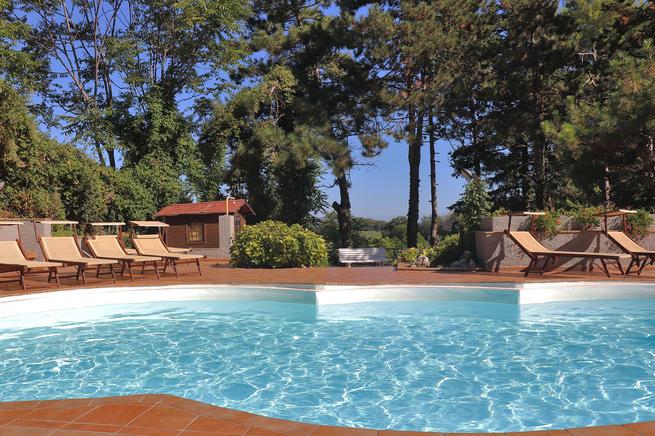 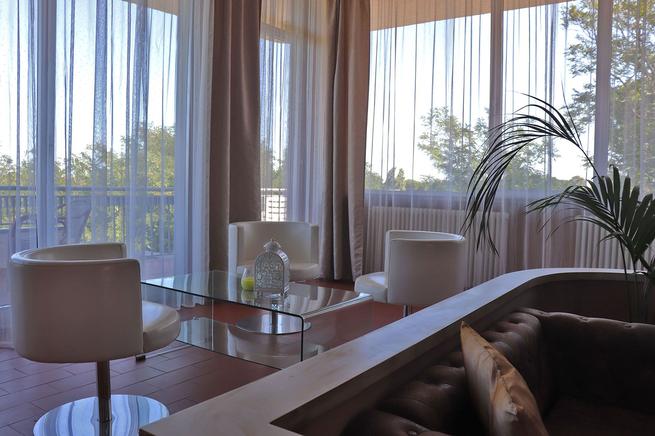 12 / 24: Villa Tiara- Living room with relaxing areas and access to the balcony with sea view 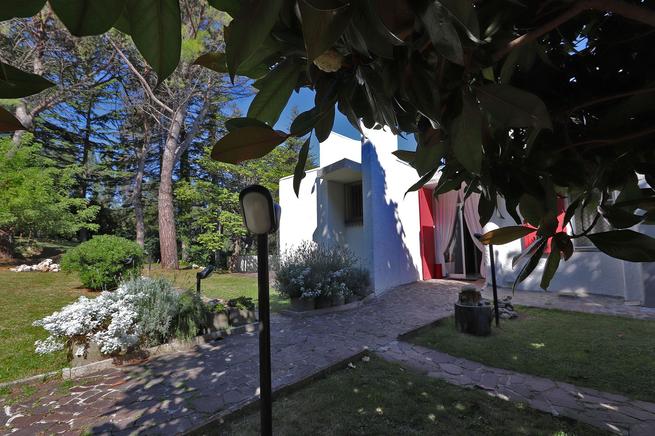 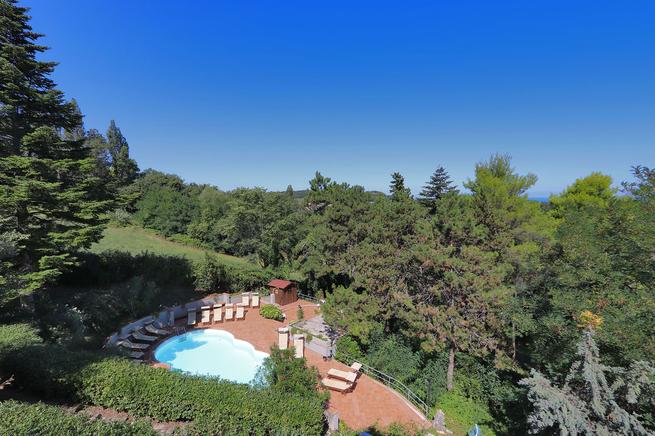 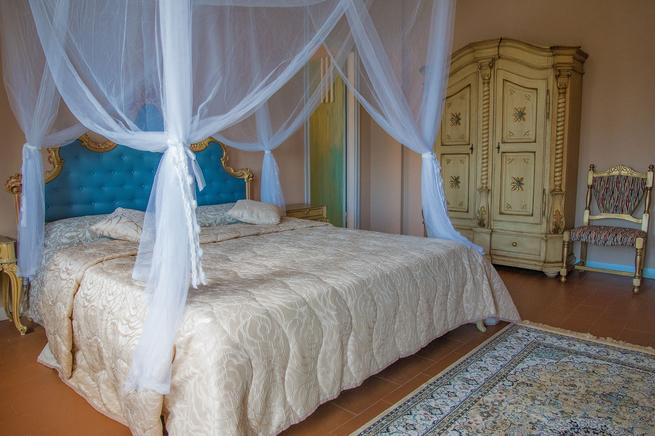 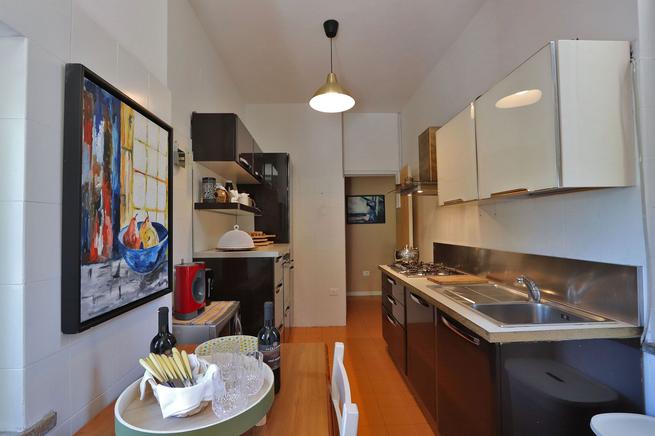 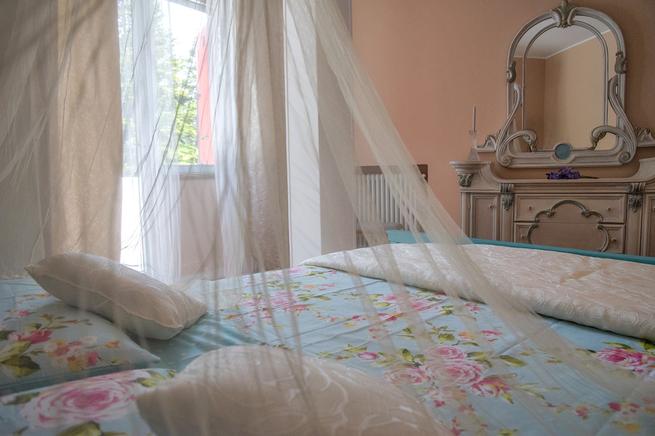 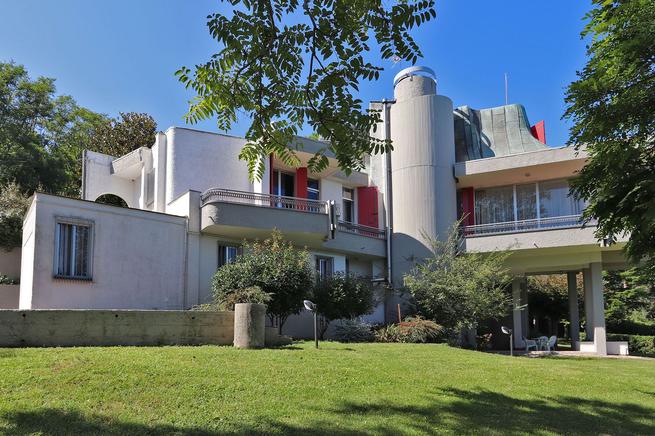 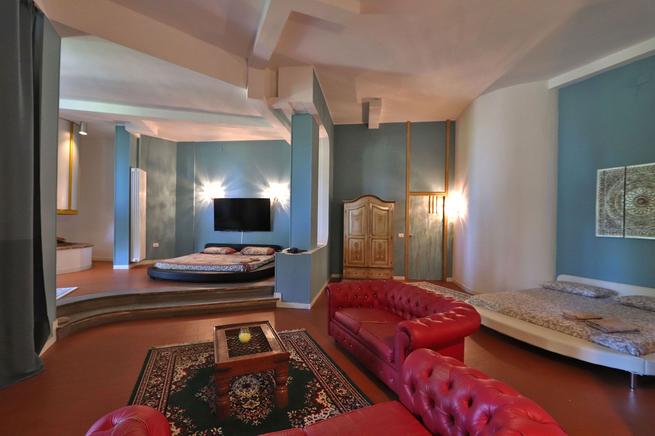 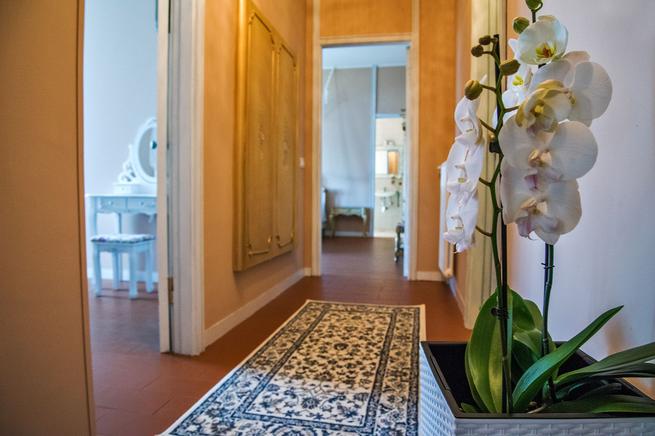 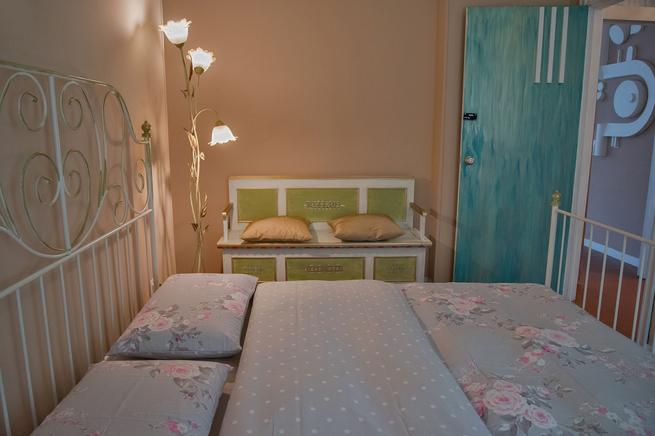 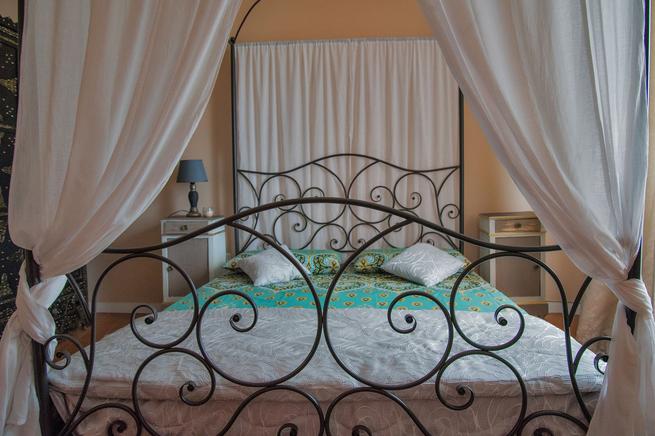 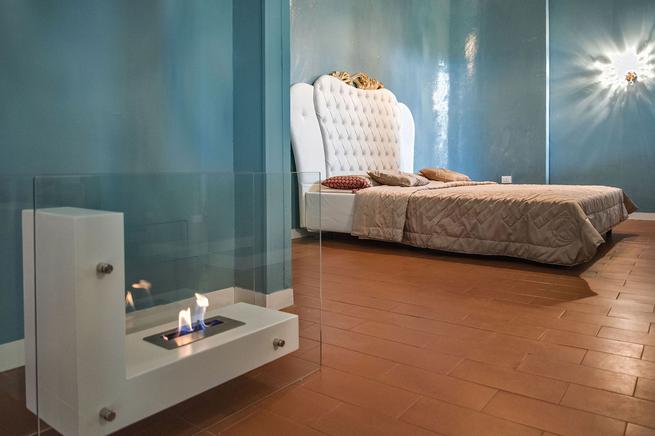 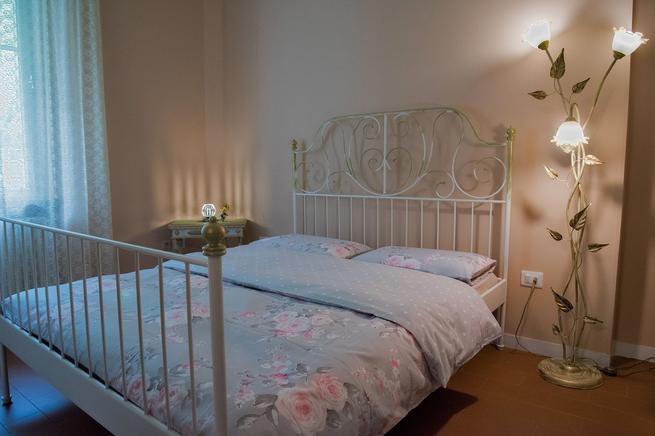 The holiday house is situated in Pesaro. The place is shown on the map. You will also find the location of the holiday house marked there. Subject to change: The description text and the travel documents which include the address of the holiday house shall apply.
Approx. 500 m²
6 bedrooms
5 bathrooms
pets are allowed (on request)
satellite TV
washing machine
dishwasher
sandy beach approx. 2 km
private pool
All features

This holiday house is offered on behalf of DH Villas di Luchini Alessandra & C Snc, our partner in Cagli (PU) (Italy), partner since 2009. Secure and free-of-charge payment via Wolters Reisen GmbH: We’ll regulate the payment with the provider for you.

Villa Tiara is a private villa with pool in Pesaro, in Le Marche region. Just 2 km from the Adriatic coast, this solution is the right compromise to enjoy sunny days at the beach and relaxing moments by the pool. Moreover, during summer evenings the streets of the center and the seafront are enlivened by events of all kinds. The villa has a particular external shape similar to a pagoda and is surrounded by greenery, while offering views over the sea. At guests’ disposal a large garden with swimming pool and outdoor spaces for outdoor dining. The property is fully fenced-in.

PESARO
With almost 95,000 inhabitants, Pesaro is the second most populated city in the Marche Region after Ancona. Together with Urbino it forms the administrative center of the Province of Pesaro and Urbino. The history of the city dates back to 184 B.C., when it was founded as a Roman colony with the name of Pisaurum on a territory that was at that time occupied by Picens and Celts, thus becoming another one of the centers linked together by the consular road Flaminia. The apex of its cultural and artistic life was probably reached in the Renaissance, during which Pesaro was dominated in turn by the Malatesta, Sforza, Borgia (for a brief while) and Della Rovere families. It was in fact the Della Rovere who chose Pesaro as the seat of their Duchy, thus boosting the city growth. Again, it is the Della Rovere who, in 1574, gave the city the municipal coat of arms it still bears to this day.
ART AND CULTURE
The city of Pesaro is dotted by several monuments, archaeological sites and historical landmarks. It also is the hometown of the famous composer Giocacchino Rossini, whose name has been adopted by the Rossini Opera Festival (ROF), with its musical and operatic events, and whose house has been turned into a museum open to the public. Some examples of the town monuments are the Ducal Palace, seat of the local Prefecture, whose construction dates back to the 15th century and was ordered by Alessandro Sforza, Rocca Costanza, a fort built during the same century, or the Santa Maria Assunta Cathedral, originally built in the 4th century and later rebuilt and modified throughout the 12th-20th centuries.
It is also possible to find remains of the old Roman and pre-Roman settlements in several parts of the city and its neighboring areas, such as the excavations in the central Matteotti Square, the Roman aqueduct, the archaeological site of Colombarone or the Picenian necropolis of Novilara

in the living area

Special feature of this property

Holiday apartment for max. 4 persons in Tuscany
from
USD 664 / week

Holiday apartment for max. 3 persons on the Italian Adriatic Coast
from
USD 316 / week

Holiday home for max. 4 persons in Tuscany
from
USD 516 / week

Holiday apartment for max. 4 persons on the Italian Adriatic Coast
from
USD 345 / week

Studio for max. 3 persons on the Italian Adriatic Coast
from
USD 497 / week